Roa is an embodiment of my childhood dream. I always wanted to build huge, elegant, slow flying glider, to enjoy thermals in sunny afternoon. I also wanted to find out what are the limits of the technology that I'm using to make my planes.

The size turned out to be huge challenge.

Although I spend almost 3 years working on this plane, I cannot release it yet because I'm still in the process of overcoming hopefully the last issue.

First problem was the wing. Despite the wing being 3.4 meter long, it can resist bending forces very well. Twisting forces were huge challenge though.
First version of this plane had a polyhedral wing. That prevented me to use carbon spars as single source of wing strength. I had to rely on plastics and this was a fatal flaw.
Thanks to one of you I resolved this by using dihedral instead of polyhedral wing. That way I can rely on carbon throughout almost whole wing.
This solution proved to work and I was able to see, that the plane glides very well and I cannot wait to finalize it.

Another issue was that the huge V tail creates strong twisting forces and I underestimated required carbon tube size of the boom.
So the next step is to solve this and KRAGA Roa should be ready to see the nozzles of your 3D printer. 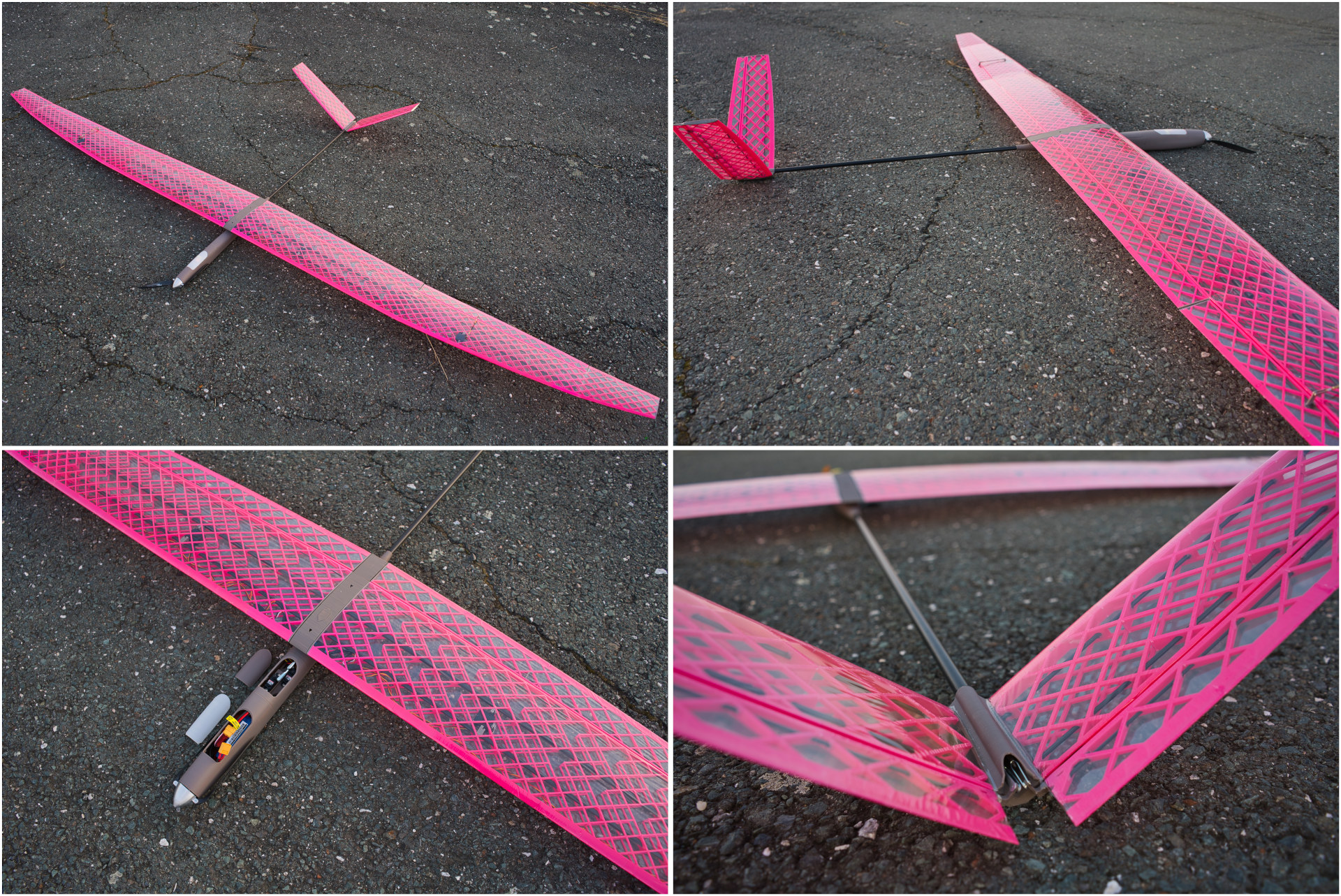